The future of legacies? That’s me! 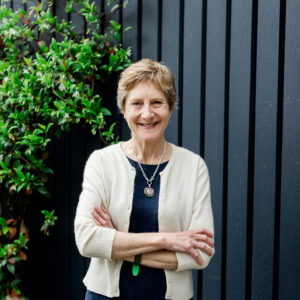 Ever since our first legacy market forecasts in 1994, the subject has never ceased to fascinate – and often move – me. On the one hand, legacy incomes represent the accumulated decisions of thousands of individuals about the world they want to leave behind them. On the other, they reflect some of the greatest economic, political and social themes of our age.

In part, it appeals to the social scientist in me. But it also interests me on a far more personal level, because I am your ideal legacy prospect. I’m a woman, who’s benefited from (free!) university education and enjoyed a long and stimulating working life. I support a wide range of charities and volunteer in my local community. Above all I’m child-free. All factors we know drive gifts in wills.

Why am I saying this? Not to show how virtuous I am. And definitely not to invite legacy asks! But I believe that understanding me – and people like me – will be crucial to the next generation of legacy fundraising.

I recently turned 60. How the hell did that happen! I don’t feel it and I kid myself I don’t look it either. At first I wanted to quietly crawl into a hole. But then I realised that reaching 60 was something to celebrate, not lament. I’m still alive, have most of my faculties and (hopefully!) a great life ahead of me.

So I invited a dozen girl friends for a leisurely lunch – people I had known and loved for many years. As the conversation and wine started flowing, I looked round the table and marvelled at the women sitting there. OK, we’re not as fresh-faced or bonny as we were 30 years ago. But we make up for that with experience and accumulated character.

My friends live wonderfully complicated, messy lives. Over half have been divorced, some more than once. Two have brought up children single-handedly. One is in remission from cancer; two have recurrent mental health challenges.

But they still have energy, a lust for life and bucketful’s of ‘agency’ – they believe that what they do can make a difference.

Many of my friends have moved away from conventional work into the next phase – I hesitate to call it ‘retirement’. Take three, pretty much at random. (I’ve changed their names to protect their privacy).

Judy takes part in triathlons, where she heads the national senior women’s league table. She is planning to row around Britain with a group of friends. And she’s set up a business selling hand-crafted energy snacks at sporting events.

Jess retrained as an acupuncturist, and now holds a weekly clinic in her local town. She also volunteers 2 days a week for a charity supporting asylum seekers from Afghanistan, Syria and Albania. It’s a subject close to her heart as her father came to Britain on the Kindertransport – neither of his parents made it out of Germany.

Although I think my friends are amazing, I suspect they are fairly typical of our generation.

We are ‘shadow boomers’; born from 1957 to 1964, and now in our late-fifties to mid-sixties. Birth rates in those years were high, and the numbers in our cohort are large – today, shadow boomers represent around 10% of the UK population. Importantly, both men and women in my age group are well educated (29% of us went to university compared to 22% of war baby men and just 16% of war baby women). We are also more ethnically and culturally diverse and more likely to be single or divorced than the ‘core’ boomers (born 1946 – 1956).

What was notably different about the women around the table was the large number who are child-free. In all, 1 in 5 shadow boomer women (and probably a similar proportion of men) are childless – that’s an important statistic for legacy prospects in itself. But among my friends the proportion is higher still. Over the years, I have seen friends with children take a different path, as family responsibilities and rhythms – naturally – take priority. Even when the kids have finally left home, this gap prevails – many of my friends are now happily embracing grand-parent duties.

I’m certainly not saying that one path is better or happier. But it is different.

So, as my friends and I approach retirement (there, I’ve said it!) we are embarking on a whole new journey. We are looking for inspiration, community, fun and new things to learn. We expect to do it on our own terms, and we want to use all our accumulated skills and experience to the best effect.

This is good news for charities. Since our regular incomes are drying up, we may be loath to donate money like we used to. But for now – providing you can give us the stimulation and recognition we are used to – we have the time and energy to engage as brilliant volunteers, campaigners or trustees.

In the long run we may prove to be brilliant legacy donors too.

The future of legacies? That’s me!